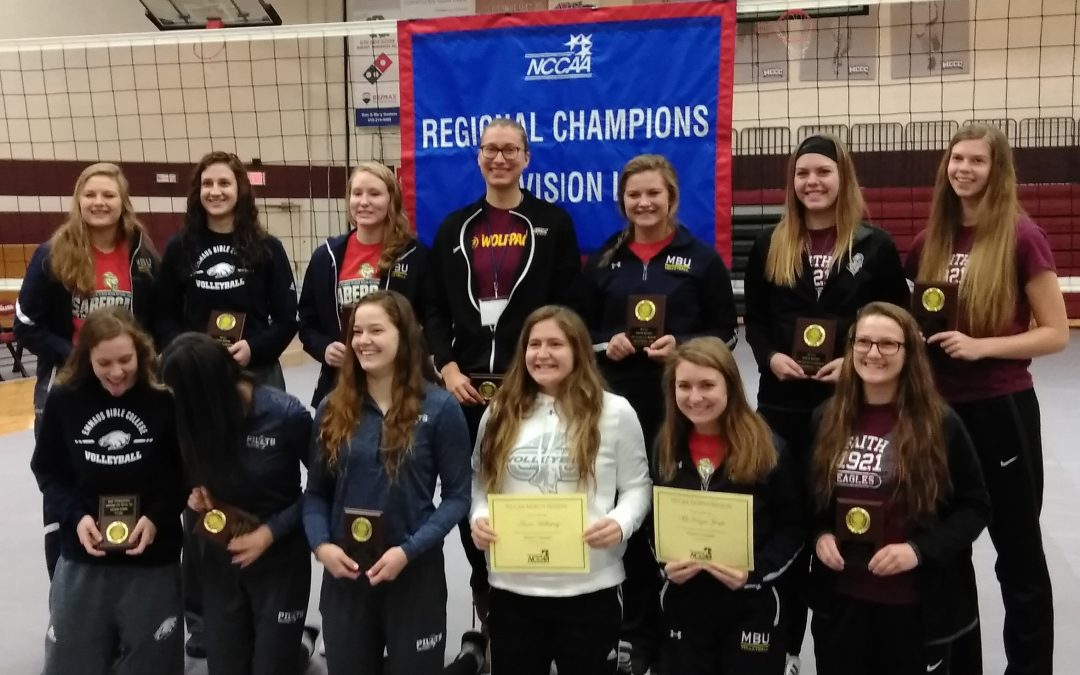 The lady Wolfpack traveled this past weekend to Ankeny, IA to compete in the NCCAA DII North Central Regional Volleyball Tournament. The team faced the number two seed (and also Tournament winners) Maranatha Baptist Bible College in the first round. The ladies lost the match in three sets and struggled throughout each set to find their “A” game. The outing wrapped up the 2018 season for the Lady Wolfpack. Coach Snowden commented that Injuries had a serious impact on several of the ladies towards the latter half of the season, but she was pleased in the measurable improvements she saw in the team. Though the Lady Wolfpack lost in the first round, they were blessed to have one of their players honored as Channa Clarin was named to the NCCAA DII North Central First Team All-Region Team.