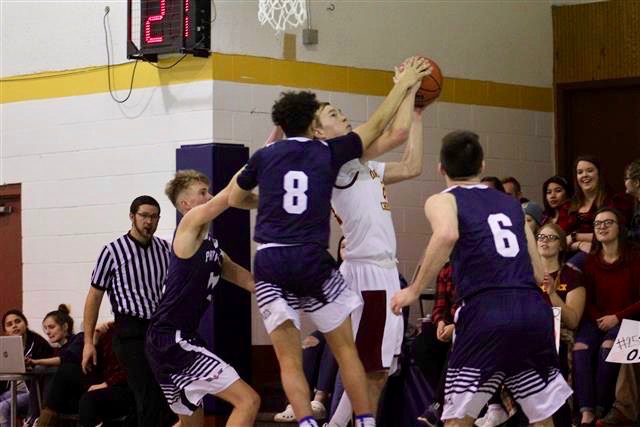 Sisseton, SD – The NIAC Conference tournament was held February 15-17, 2019 in Sisseton, SD. During the annual event, a three point contest and dunk contest are held on the first night. Blake Dragt (SR, Castlewood, SD) represented the Wolfpack in the three point contest and just missed out on advancing to the final round. The contest consisted of three racks of balls (3 balls on each) with an extra one on the last rack “money ball” worth five points. Dragt ended the first round with a score of eight. That score held up until the second to last shooter who eclipsed Blake with a score of nine. “Blake represented Oak Hills really well” Head Coach Jeremy Anderson stated. “Once he got the nerves out he really shot the ball well”.