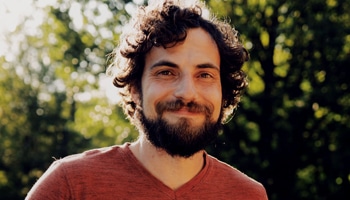 Athletic Director, Jeremy Anderson, is pleased to announce that Joel Juni has been named Head Men’s Soccer Coach for the Wolfpack. Coach Juni is passionate about building a men’s soccer program and more importantly, helping to build disciples of Jesus! Joel brings with him 10 years of coaching experience, 10+ years of pastoral experience, and 15+ years of youth ministry experience. Joel grew up in Willmar, MN and played high school and club soccer in Willmar throughout his teenage years. During his senior year of high school, he was a team captain, first-team all-conference, and given the team award for offensive MVP of the year. He still loves to play soccer and has helped coordinate adult pick-up games and scrimmages in Detroit Lakes, MN for the last several years.

.Joel and his wife, Jennifer, have been married since 2009 and have two sons, Cason and Andrew. Joel and Jenny have been lead pastors at their church in Park Rapids, MN since 2011 and they were very involved in the Detroit Lakes, MN community for the last 12 years. Jenny owns and operates a successful photography business and is a serial entrepreneur at heart. They both volunteered with a Christian youth ministry called YoungLife in Detroit Lakes for over 10 years. Joel was the assistant high school boys soccer coach for the last 8 seasons and was also heavily involved in the Detroit Lakes Youth Soccer Association (DLYSA) for the last 10 years. While with DLYSA, Joel has officiated games, helped coach and run several different teams and programs, and also served as a board member of the club for 7 years. Their family will miss Detroit Lakes but are very excited for their next season of life with Oak Hills!