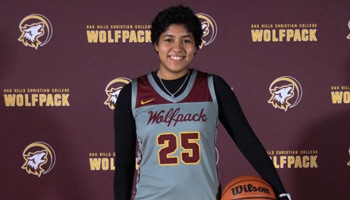 Ashland, WI – The Lady Wolfpack were on the road this weekend to take on the Division 3, Jills of Northland College. OHCC played a tough opening quarter, down by 1 point at the break.  However, the Jills got hot in the second quarter and were able to hit several of their 10 threes in the frame, which allowed them to take a 10-point lead at the half. In the second half the Wolfpack was able to cut the lead to 5 points but eventually ran out of steam losing the contest 83-64. The Wolfpack has suffered its 3rd loss in a row placing the team below .500 for the first time this season.  The team will look to get back to .500 as they take on NCCAA opponent Faith Lutheran Bible College this Thursday.

Coach Tucker – “Losing 3 games in a row for a young team or veteran team at any level stinks, we have to find a way to win, as a team we are not playing bad we are just not doing the little things that it takes to be on the opposite side of the win column.  There is patience through adversity. ”